Jinglong Wang, In vitro cytotoxicity studies on galactosylated chitosan nanoparticles for the delivery of oridonin to liver(2018)SDRP Journal of Nanotechnology & Material Science 2(1)

The objective of this study was to evaluate the in vitro antitumor activity of oridonin (ORI)-loaded nanoparticles decorated with galactosylated chitosan (ORI-GC-NP) aiming to overcome the poor specificity of oridonin for chemotherapy of hepatocellular carcinoma. In this research, ORI-GC-NP was prepared and characterized firstly. The average particle sizes of resultant nanoparticles were 247.2 nm. Then the cytotoxicity of blank nanoparticles without oridonin was determined to exclude the interference of excipients. Moreover, 3-(4,5-dimethylthiazol-2-yl)-2,5-diphenyltetrazolium bromide (MTT) assay and the observation of cell morphology were performed to determine the in vitro cytotoxicity against HepG2 cells (liver hepatocellular cells), with MCF-7 cell (human breast adenocarcinoma cell line) as control. Parallelly, ORI solutions and undecorated ORI nanoparticles (ORI-NP) were studied. The results suggested that the antitumor activities of the three formulations increased in a concentration and time dependent manner, and ORI-GC-NP showed higher inhibition rates against HepG2 cells compared to ORI solutions and ORI-NP. In regard of the cell lines, the cytotoxicity of ORI-GC-NP against HepG2 was higher than MCF-7 cells, indicating an increased specificity of ORI to hepatocellular carcinoma. In a conclusion, the overall results support the potential applications of galactosylated chitosan nanoparticles for hepatocyte-targeted delivery of ORI.

It has been reported that about 600 thousand patients worldwide suffer from HCC (hepatocellular carcinoma) annually, one of the most common and lethal malignancies [1, 2]. Oridonin (Figure 1), a diterpenoid compound, was gradually used as a chemotherapeutic agent against liver cancers [3, 4], but limited for its poor specificity.

To overcome the limitations, the passive targeting and active targeting could be combined using galactosylated chitosan nanoparticles as the hepatocyte-targeted drug delivery system[5, 6]. Recently, the polymers of galactosylated chitosan (GC) were usually modified by conjuncting lactobionic acid to C2-amino groups of chitosan[7]. And then, the positively charged GC adhered to the negatively charged lipid nanoparticles through attractive ionic interaction [8, 9]. Active targeting of the polymeric nanoparticles to hepatocellular carcinoma cells was achieved by receptor-mediated endocytosis as the asialoglycoprotein receptor (ASGP-R) over-expressed on the surface of these tumor cells [10]. Additionally, the passive targeting of the nanoparticles varying in size from 100 to 600 nm depended on the enhanced permeability and retention (EPR) effect, which could promote selective passage of drugs through biological barriers [11-14].

Accordingly, nanoparticles modified with galactose residues were designed to enhance the targeting of oridonin to HCC cells. Oridonin-loaded nanoparticles coated with galactosylated chitosan were obtained and characterized through the measurement of particle size, and the in vitro antitumor activity in HepG2 cells was investigated in comparison with uncoated nanoparticles and oridonin solution formulation. 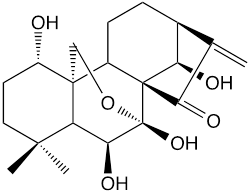 Figure 1. The chemical structure of oridonin.

Oridonin (ORI) with the purity of 98%, was provided by Nanjing Zelang Pharmaceutical Co., Ltd. Galactosylated chitosan (GC) with a degree of substitution of galactose as 39% was synthesized in our lab previously. Dimethyl sulfoxide (DMSO) was provided by Sangon Biotech (Shanghai) Co., Ltd. Fetal bovine serum (Characterized FBS) was obtained from Tianjin Hao Yang Biological Technology Co., Ltd. Dulbecco's Modification of Eagle's Medium (DMEM) was bought from Invitrogen (USA). Penicillin-Streptomycin Solution (100×) was purchased from Beijing Solarbio Science & Technology Co., Ltd. MTT and trypsin were provided by Sigma (St. Louis, MO, USA). Water used in this study was purified by distillation, deionization and reverse osmosis (Milli-Q plus; Millipore, Billerica, MA). Other chemicals and solvents were of chromatographic and pharmaceutical grade.

Preparation and characterization of ORI-GC-NP

The GC-coated and uncoated nanoparticles, calling ORI-GC-NP and ORI-NP for short, were prepared as follows. Briefly, ORI was dispersed into 125 mg of medium chain triglyceride (MCT) and 1.75 mL of 120 mg/mL alcoholic lecithin solution, followed by adding 0.75 mL of acetone. This organic phase was subsequently mixed dropwise with 10 mL of 0.25 mg/mL GC aqueous solution under magnetic stirring. Afterwards, acetone, ethanol and a portion of water in the preparation were removed on a rotary evaporator under vacuum [8]. An identical protocol was then used to prepare ORI-NP without GC in the aqueous phase. The average particle sizes of ORI-GC-NP and ORI-NP were measured by the dynamic light scattering (DLS) method using a particle analyzer (DelsaTM Nano C Particle Analyzer, Beckman Counter Ltd., USA). The morphology of NPs was investigated by transmission election microscope (TEM, Hitachi, Japan). To have a suitable testing concentration the samples were diluted with distilled water.

Human Hepatocellular Carcinoma Cell Line (HepG2 cells) and Michigan Cancer Foundation-7 (MCF-7 cells) were cultured in DMEM containing 10% fetal bovine serum, 100 U/mL of penicillin and 100 μg/mL of streptomycin. The cells were maintained at 37℃ in a humidified incubator with an atmosphere of 5% CO2. For the two types of cancer cells, the medium was exchanged every day and the cells were subcultured every 2–3 days.

The cytotoxicity of blank nanoparticles without oridonin was determined firstly by MTT assay. HepG2 and MCF-7 cells in logarithmic growth phase were seeded at a density of 3.5×104 cells per well in 100 μL of the same medium for 12 h in 96-well plates before used. Then the cells were incubated with blank nanoparticles solution at various concentrations for 72 h. Subsequently, the media was removed and cells were washed with culture media. 200 μL serum-free culture media with 20 μL MTT (5 mg/mL) was then added to each well. After being incubated for an additional 4 h, the medium in plates were replaced with 150 μL DMSO. To dissolve the reacted dye, solutions were vigorously mixed. Optical density (OD) was subsequently read at 570 nm on a Microplate Reader with 630 nm as a reference wavelength. The cell viability rate was determined as follows: viability rate (%) = OD treated cells / OD control cells × 100% [15]. Six samples of each assay were done parallelly.

MTT assay was used to test the in vitro antitumor activity of oridonin loaded nanoparticles by the same method as the cytotoxicity assay of blank nanoparticles, while the blank nanoparticles were replaced by ORI-GC-NP, ORI-NP or ORI solution. In addition, the cell inhibitory rate was as follows: inhibitory rate (%) = (OD control cells - OD treated cells) / OD control cells × 100% [15]. IC50, defined as the drug concentration required to inhibiting growth by 50% relative to controls, was used to express the cytotoxicity of drug-loaded nanoparticles.

HepG2 and MCF-7 cells were seeded overnight in 6-well plates and then treated with 54.88 μM of ORI-GC-NP, ORI-NP or ORI solution for 24 h. Subsequently, the cellular morphologies were estimated using a reverse fluorescence microscopy (Olympus, Japan).

From Figure 2, the sizes and morphologies of drug-loaded nanoparticles were exhibited, showing a unimodal and relatively narrow particle size distribution of the particles. The mean particle diameter of ORI-NP and ORI-GC-NP were 197.4 ± 5.9 nm (polydispersity index (PI) = 0.160 ± 0.008) and 247.2 ± 6.4 nm (PI = 0.276 ± 0.012), respectively. It could be observed in Figure 2-C that ORI-GC-NP presented a spherical morphology, while ORI-GC-NP had a rotiform shape. The apparent increase of particle size and the rotiform shape of ORI-GC-NP compared with ORI-NP provided an evidence of the coating of GC polymers to the oily cores in nanoparticles.

Figure 2-D illustrates the in vitro release profiles of ORI-GC-NP in pH 7.4 (microenvironment) and 6.8 (tumor cell environment) buffers. Results shown that the release properties of oridonin from ORI-GC-NP fit to a two-stage exponential kinetic model with a fast release at first and a slower sustained release followed. The cumulative release rate of oridonin from ORI-GC-NP was 72.7% at pH 7.4, while 97.6% at pH 6.0. The slight pH dependence might be attributed to the coating of GC on NPs, which contributes to more drugs releasing from NPs in tumor cells. 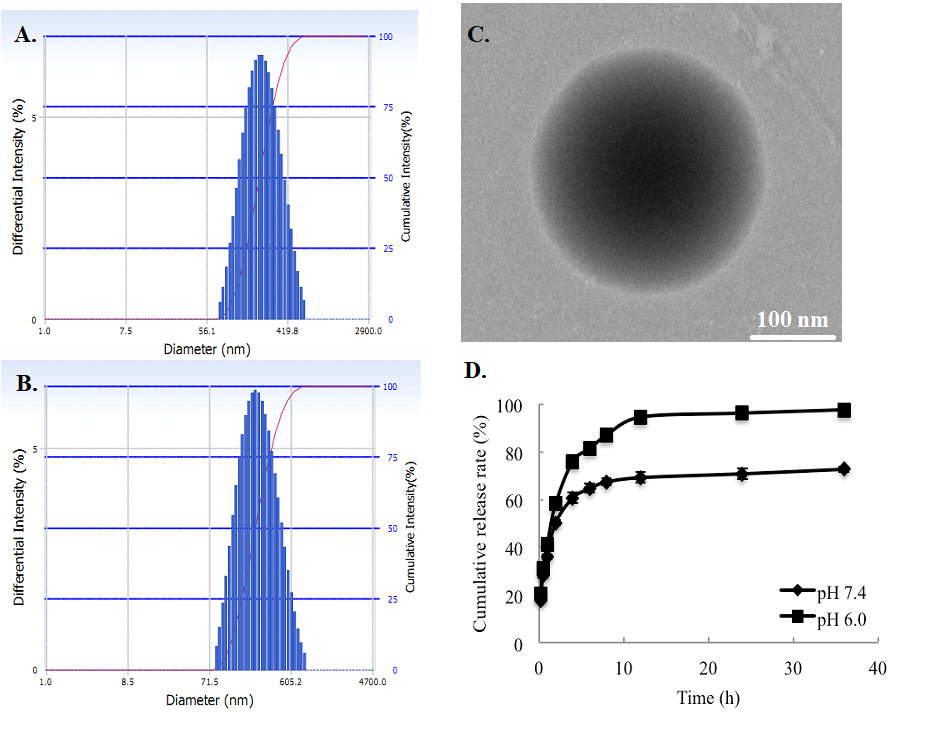 As cationic polymers could aggregate on cell surfaces and display critical intracellular processes, cytotoxicity of the GC polymers may interfere the antitumor activity of ORI-GC-NP [16]. To exclude the interference of polymers, the cytotoxicity of nanoparticles without ORI against HepG2 and MCF-7 cells was measured by MTT assay. Figure 3 showed that cell viability rate remained stable at more than 80% as the concentration of blank nanoparticles increased[17], which indicated that blank nanoparticles have no significant toxicity on HepG2 and MCF-7 cells. 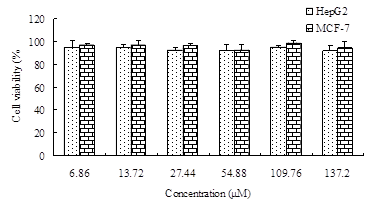 Figure 3. Cytotoxic effects of blank nanoparticles on HepG2 cells and MCF-7 cells for 72 h treatment. Data were expressed as the mean ± SD (n = 4). 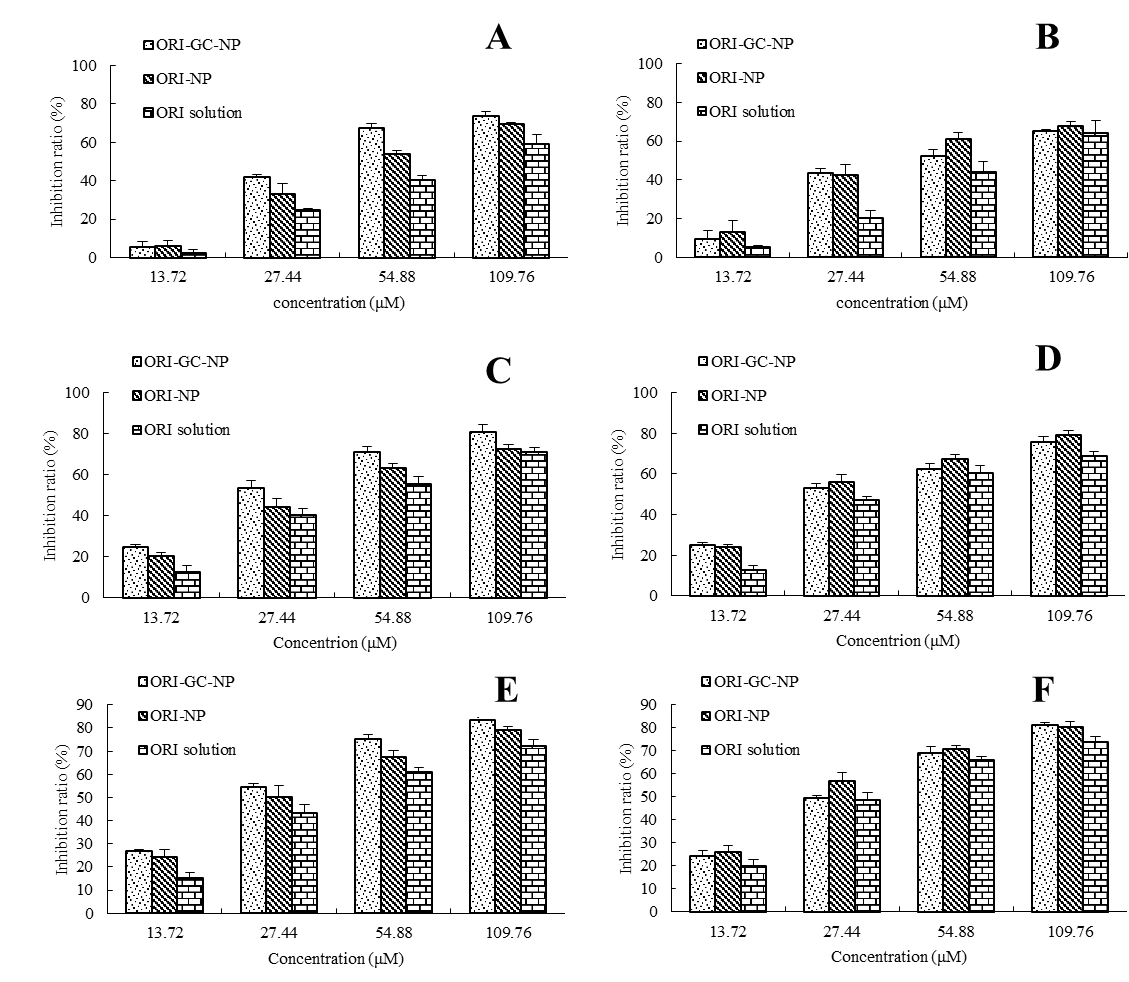 Table 1. The IC50 values of ORI-loaded nanoparticles and ORI-solution on HepG2.

Table 2. The IC50 values of ORI-loaded nanoparticles and ORI-solution on MCF-7.

To further confirm the increasing antitumor activity of ORI-GC-NP compared with ORI-NP and ORI solution, the changes in cellular morphology were investigated using a reverse fluorescence microscopy. Figure 5 showed the morphological images of HepG2 and MCF-7 cells treated with different samples after 24 h at the same conditions. The untreated cells for control were polygonal with clear cellular skeletons (Figure 5A-B), whereas the morphological changes were observed in Figure 5C-H, including cell shrinkage and rounding after 24 h culture with all of the three formulations. In addition, the number of normal HepG2 cells in ORI-GC-NP was lower than in ORI-NP and ORI solution, while the number of MCF-7 cells in ORI -NP was lower than in ORI-GC-NP and ORI solution. These results agreed with the conclusions obtained from the previous experiments of in vitro antitumor activity test of drug-loaded nanoparticles. 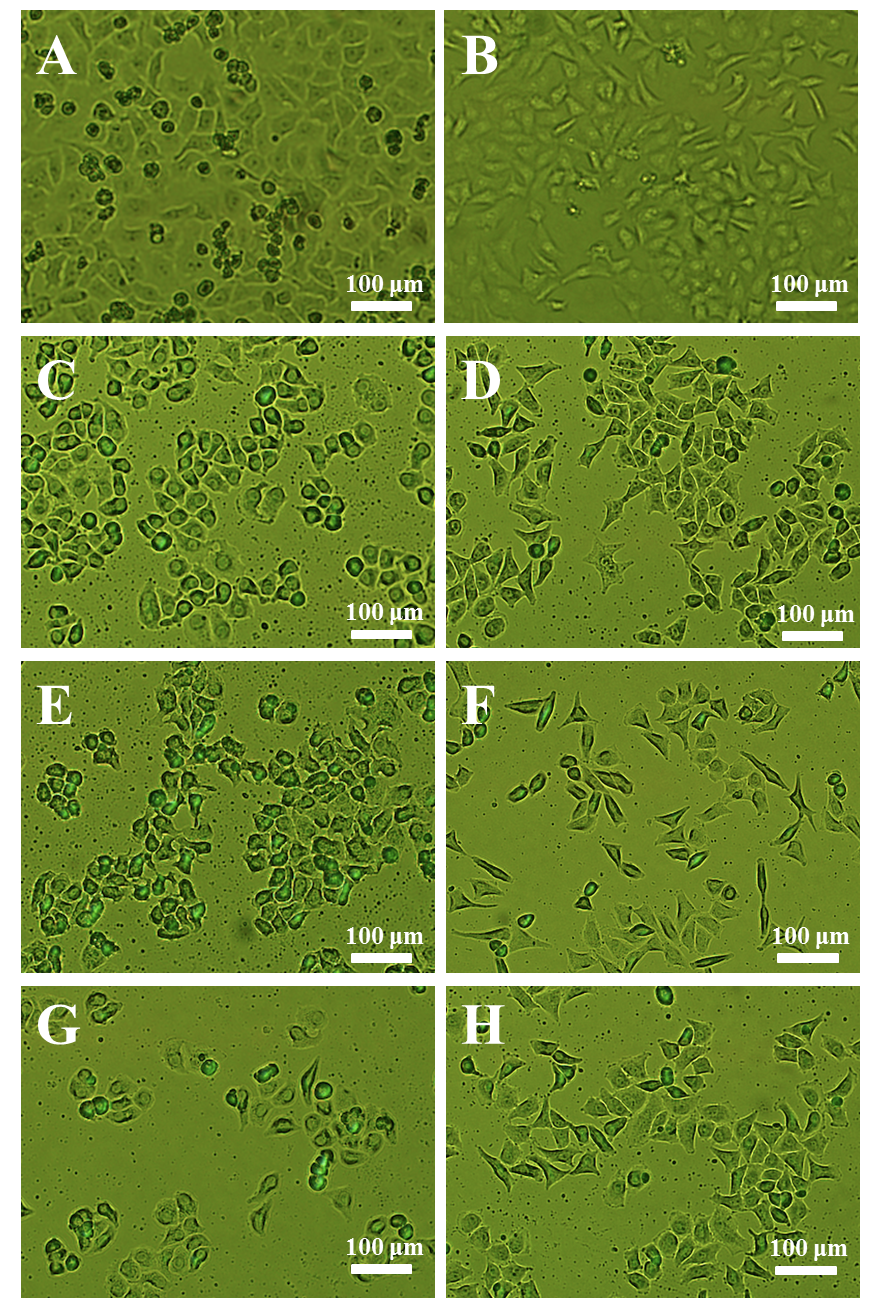 This study chose GC-coated nanoparticles as an active hepatocyte-targeted delivery system for ORI, and the nanoparticles was successfully prepared and characterized with uncoated nanoparticles as control. Based on the result that blank nanoparticles without ORI exhibits no cytotoxicity, MTT assay and morphological changes suggested that ORI-GC-NP exhibited an enhanced anticancer activity against HepG2 cells compared with both ORI-NP and ORI solution. However, distinct phenomena were observed for MCF-7 cells at the same conditions. The determinations revealed that galactose could enhance the uptake through the mechanism of galactose-specific receptor-mediated endocytosis, and cytotoxic ability of ORI-loaded nanoparticles to HepG2 cells increased in a concentration and time dependent manner. In coclusion, the modified nanoparticles coated with galactosylated chitosan would be promising carriers for specific delivery into liver cancer cells.

This work was supported by Key Research and Development Plan Project of Shandong Province, China. The programme number is 2016GSF202010.