Emma Vartanian, Perioperative Compartment Syndrome After Free Flap Reconstruction: A Case Report and Review of the Literature(2022)Journal of Anesthesia & Surgery 4(2)

Compartment syndrome (CS) is a devastating complication most often associated with trauma. In surgeries of prolonged duration, operative positioning has the potential to cause ischemic compression resulting in CS. We present a case of perioperative forearm CS in a 34-year-old man, BMI 36 kg/m2, who underwent a nearly ten-hour resection of mandibular cancer followed by reconstruction with a lower extremity fibula free flap. The patient was supine with the right arm tucked palm against thigh within an arm sled. The following morning, the patient presented with CS of the untouched right forearm and underwent emergency fasciotomy. The prolonged operative duration, tightly tucked extremity positioning, obesity, and immobility from anesthesia likely contributed to compromised forearm perfusion. Literature review revealed an incidence of 0.6 per 100,000 for perioperative CS of unknown cause. Due to the infrequency of this complication, surgeons and staff in may not be appropriately vigilant about positional extremity compression intraoperatively.

Compartment syndrome (CS) is a potentially devastating condition requiring rapid clinical identification and prompt surgical intervention. It is defined as an increase in pressure within a closed fascial compartment, impairing microvascular circulation and resulting in a lack of tissue perfusion and subsequent ischemia.1,2 The pathophysiology is thought to involve venule collapse due to external compression or internal injury causing vascular obstruction. The decreased arteriovenous pressure gradient both reduces tissue perfusion and causes fluid extravasation, leading to steadily increasing compartment pressures.3 The diagnosis is made clinically, with the most specific findings being pain out of proportion to examination and pain with passive stretch.4 This self-propagating increase in pressure necessitates decompression via fasciotomy, which relieves the pressure on the soft tissues and neurovascular structures. Emergent treatment can prevent irreversible sensory and functional deficits, as well as deforming contractures.3 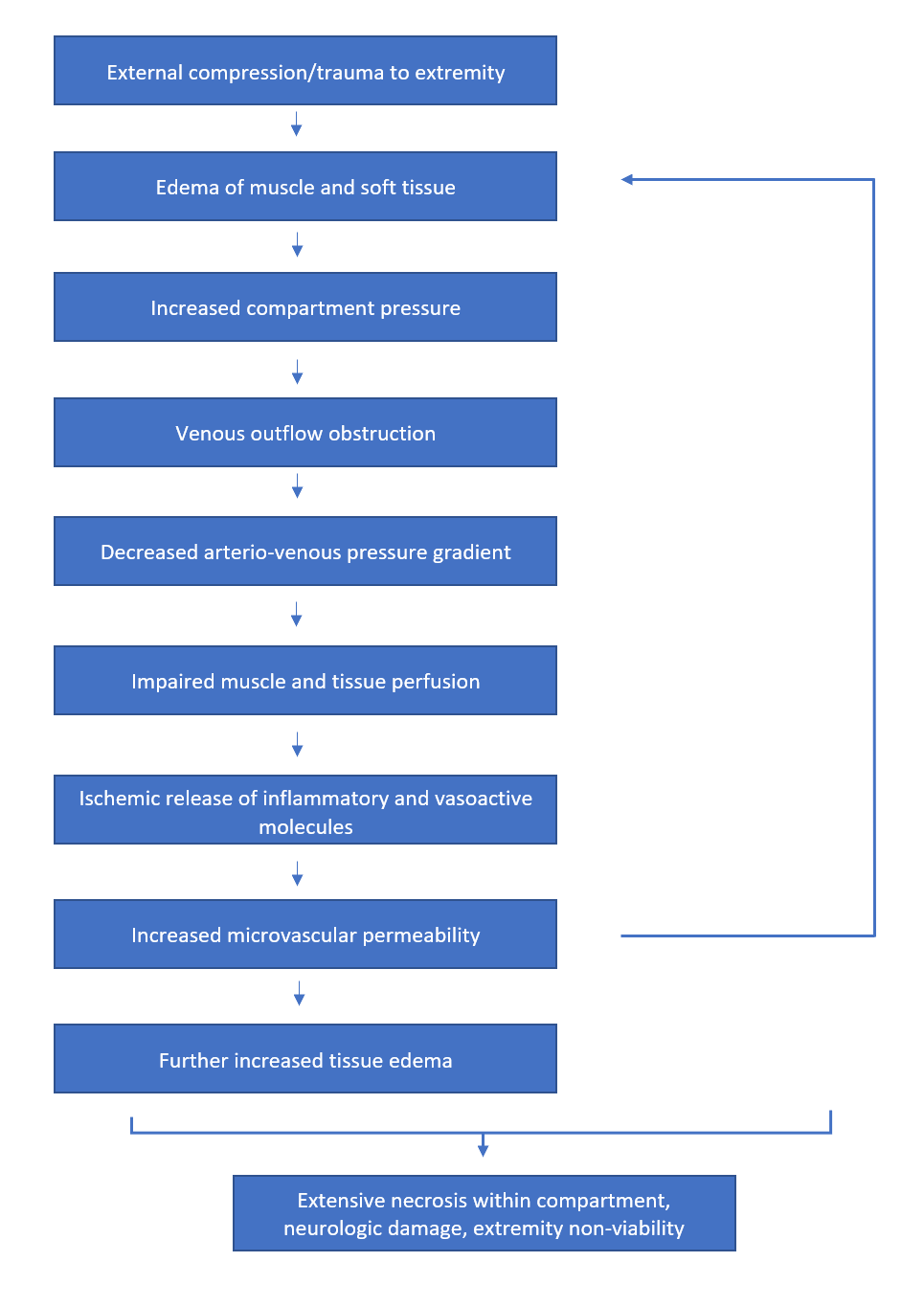 Figure 1: The pathophysiology of compartment syndrome.

The overall incidence of CS has been found to be 3.1 per 100,000, with a 10:1 ratio of occurrence in males versus females. The most common causes include trauma, constrictive dressings, burns, fluid extravasation, reperfusion injury, and coagulation disorders.5 A lesser known etiology reported in the literature is perioperative compartment syndrome attributed to surgical positioning. One large retrospective cohort study determined a post-operative CS incidence of 2.3 cases per 100,000 surgeries, with no apparent cause other than operative position. Compartment syndrome most commonly developed (1 per 8270 cases) when the patient was in lithotomy, due to posterior compression of the calf muscles.6,7 Lateral decubitus was the next most common positioning, and CS associated with supine positioning was far more infrequent, at 1 per 92,441 surgeries. They found that patients in which compartment syndrome occurred had an average procedure time of 7.2 hours, which was significantly longer than the average time in the rest of the cohort.7

Reports of CS specific to the forearm or hand compartments due to intraoperative positioning are relatively rare within the literature.8,9,10,11,12,13 A study from Mayo Medical Center found the post-operative incidence of compartment syndrome of the hand with no apparent cause to be 0.6 per 100,000. The majority of these patients had a body mass index (BMI) greater than 35 kg/m2, a procedure duration greater than 3 hours, and had their arms tucked against their sides during the procedure.8 In this study, we report a case of post-operative CS of the right forearm following a free flap reconstruction in which the affected extremity was tucked. All procedures followed were in accordance with the ethical standards of the responsible institutional committee and with the Helsinki Declaration of 1975. Informed consent was obtained from the patient included in this study. 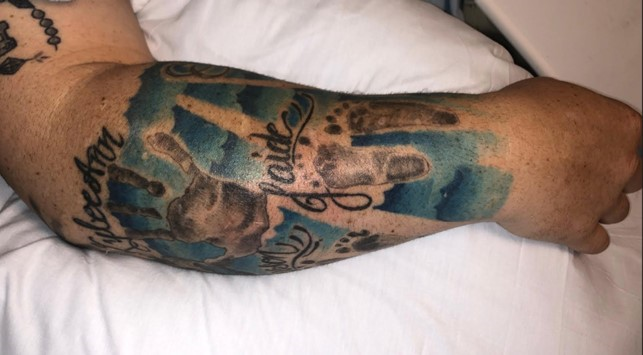 Figure 2:  The right forearm prior to emergent fasciotomy on post-operative day one. Photograph demonstrates appreciable compartment swelling and erythema.

A 34-year-old male, BMI 36 kg/m2, presented with mandibular biopsy-proven squamous cell carcinoma of the right mandible and right lower cheek. Past medical history included hypertension and a 15 pack-year smoking history. The patient underwent a tracheostomy, right segmental mandibulectomy and radical neck dissection, followed by reconstruction with a free fibula flap from the left lower extremity. The procedure lasted a total of 9 hours 35 minutes. The patient was positioned supine; the left arm was abducted on an arm board, where arterial and venous lines could be placed by anesthesia. The right arm was adducted, with the forearm and wrist in neutral, and tucked within an arm sled. The flap was anastomosed to the facial vessels without difficulty, and the patient was taken off the ventilator at the end of the procedure.

On post-operative day one, the patient reported severe pain in the right forearm, using the keypad on his phone to communicate. On exam, the extremity was tense, erythematous, and tender to palpation. He had exquisite pain with both passive flexion and extension of the digits. A hand surgeon was called, and forearm fasciotomies were performed within one hour. The muscles of the posterior compartment immediately herniated through the fascia upon release. The extensor muscle bellies were slightly pale in color, but no necrosis was noted. The dorsal and volar fasciotomy incisions were packed with sterile dressings, and the wounds were re-evaluated after 72 hours. All soft tissue appeared viable, and no debridement was indicated. The volar incision was ultimately closed primarily, and the dorsal wound was skin grafted. The patient was discharged home eight days after his index operation. Clinic evaluation one month later revealed excellent graft healing, as well as intact sensation and motor function throughout the hand. With the assistance of occupational therapy, the patient went on to return to baseline right upper extremity strength and function at 3 months.

Figure 3: The dorsal fasciotomy incision, extending from the lateral epicondyle to the distal radioulnar joint. Photograph demonstrates herniation of the posterior compartment muscles.

Figure 4: The volar fasciotomy incision, extending from the medial epicondyle into an extended carpal tunnel release incision. Post-operatively secured with a loose closure.

Our current understanding of CS necessitates vigilance following prolonged swelling or external compression of a limb. Surgeries of significant length in which limbs are tucked and unmonitored thus naturally provide a cause for concern. We present a case of a young male who developed unequivocal compartment syndrome of the right forearm after lengthy tumor resection and microvascular reconstruction. Notably, the affected extremity did not have any arterial or venous lines on that side, so etiologies such as fluid extravasation or arterial injury could not have contributed. It is our belief that the tucked position of the arm over a nearly ten-hour period, in conjunction with his obesity and immobility, precipitated the upper extremity compartment syndrome seen in this patient.

Factors such as lack of feedback from an anesthetized, immobile patient, and the inability to disrupt sterile draping to observe an extremity increase the risk of perioperative CS associated with positioning. General anesthesia is known to globally alter hemodynamics, often producing a vasodilatory effect in which peripheral venous capacitance is increased.14,15 These systemic changes may enhance the vulnerability of a surgical patient to the poor extremity venous return that is implicated in the pathophysiology of CS. Given the infrequency of this complication, surgeons and staff involved in prolonged surgeries may not be aware nor appropriately vigilant regarding monitoring for upper extremity ischemia.

Another aspect of operative positioning that has been identified as a possible precursor to CS is the practice of using a looped draw sheet to tightly adduct the upper extremities to the patient’s side.8 A tight wrap ending at the level of the wrist may have a tourniquet-like effect on the distal hand over an extended period of time, preventing adequate perfusion. The authors suggest this practice be avoided altogether, but if it must be used, recommend ensuring the wrap extends distally to cover the entire hand, as well as confirming no excessive tension is present on either the proximal or distal ends of the sheet. 8

Our case demonstrates that optimization of patient positioning essential, particularly when in a supine position that is presumed to be safer than lithotomy or lateral decubitus, as with our patient. We recommend untucking the arms whenever possible and ranging the arms every few hours intraoperatively as routine assessment is an invaluable preventative tool. Post-operative neurovascular assessment of all extremities, including those not directly operated upon, after procedures lasting longer than eight hours can be widely employed at low cost.

Upper extremity compartment syndrome remains a clinical diagnosis requiring a high index of suspicion, particularly in the perioperative period. The hand surgeon is not often involved in lengthier cases and the procedure length is not routinely disclosed in a consult for upper extremity pain. Many other surgical teams are not as familiar with CS, and it is such a rare entity in the already hospitalized patient. Early recognition of this complication and positioning as an etiology for CS is paramount for early intervention and precluding countless untoward sequalae.

Funding: The authors have no funding sources to report. This research received no specific grant from any funding agency in the public, commercial, or not-for-profit sectors.

Conflict of Interest: The authors declare that they have no conflicts of interest.

All procedures followed were in accordance with the ethical standards of the responsible committee on human experimentation (institutional and national) and with the Helsinki Declaration of 1975, as revised in 2008.

Informed consent was obtained from all individual participants being included in the study.

Perioperative Compartment Syndrome After Free Flap Reconstruction: A Case Report and Review of the Literature

Transportation degrades the quality of plaster cast models in virtual surgical planning -Is it time for direct intraoral scanning?

Use of Glide-scope in Trial Extubation of the Difficult Airway: Letter to the Editor

Successful perineum and scrotal reconstruction after Fournier gangrene using rotation of a medial thigh fasciocutaneous flap. Report of a case in low-resource settings an

“Anesthesia-focused sonography”: first analysis of transferring a training from Germany to Ghana