Groundwaters typically have a large range in chemical composition. This large range is attributed to differences in their a) origin i.e. marine, meteoritic, connate, metamorphic, magmatic, volcanic, plutonic and juvenile. b) rate of recharge c) interaction with atmosphere, biosphere and lithosphere d) pollution resulted by human activity and e) pressure and temperature. The chief parameter responsible for variation of chemical load on the water is controlled by groundwater flow. This acts as a carrier and a driving force to posses variation in the chemical ionic concentration in groundwater and surface water. Further the groundwater flow is considered as a major erosion agent, may also accentuate the differences or add to the diversity by sequential leaching or reactive phases from the aquifer matrix. The main focus of this study is to show how groundwater quality is controlled by various litholigical formations and how they are varied in an complicated geological formation.

The present study is an area centrally located in Prakasam district of Andhra Pradesh, India. The area is said, and is known popularly as Prakasam Alkaline province. Geologically the Prakasam district is underlain by diverse type of rock types belonging to Archean to recent age. The Khondalitic suite of rocks and charnockite group constituting the unclassified metamorphic of eastern ghat super group belonging to the Archean age, Dharwar super group of proterozoic age, part of Gondwana sequence of Jurassic age and cainozic deterites and recent alluvium. The aquifer system in Prakasam district comprises of four groups i.e 1) crystalline aquifer system 2) cuddapah aquifer system 3) Gondwana aquifer system 4) Alluvial and laterite aquifer system. Groundwater occurs under phreatic conditions in the weathered, fractured crystalline rocks and under semi confined to confined condition in the deeper fractural crystalline rocks of the area. The aquifer systems are explained in terms of their formations to explain the chemical nature of the rocks and in turn to put forth the water quality in those areas. The idea of this study is to show how geohydrochemical variations took place following the elevation, structures and formations in the area.

GEOLOGY OF THE AREA:

This system is represented by granite – gneiss, hornblende biotite- gneiss, charnockites, Khondalites and Schistose group of rocks. This system lacks primary porosity and the occurrence and movement of groundwater in these rocks depends on the thickness of weathered zone available and degree of fracturing or jointing in those rocks. The fracturing in this area may be attributed to prevailing seismic activity in the area as discussed by Reddy et al (2006).

This system comprises of quartzites, shales and limestones. The occurrence and movement of groundwater in these rocks depending on the extent of weathering, degree of compaction, presence of solution channels in the limestones.

In this system sandstone and shale formations occur in certain mandals in the district.

This constitutes sand, gravel, kankar as coastal alluvium, river alluvium and windblown sands. As this system nearer to the Bay of Bengal coast.

The area is divided as three  east – west segments and the detailed geology is as  follows. The study area is close to the eastern margin of the proterozoic Cuddapah basin and to south of Vinukonda. A foliated alkali granite pluton occupying an area of 1 0 sq. km is emplaced within the metavolcano metasedimentary sequence of the Archean Nellore schist belt. In its western part the ‘Podili alkali granite pluton’ exhibits sharp contracts with NS to NNE-SSW trending quartz – chlorite schist and quartzite of Nellore schist belt. The Podili pluton is traversed by a semi-elliptical syenite, dykes of alkali feldspar granite and tourmaline bearing quartz vein. Astrophyllite arfvedsonite bearing  alkali  granite is localized along the western part of the Podili pluton. The occurrence of the Podili alkali granite and Kanigiri-biotite granite to the south of Podili were reported by earlier geologists of GSI.

The petrological studies of Kanigiri- Podili granites indicated the occurrence of fluorite, zircon, sphene, garnet, apatite, topaz and columbite as accessory minerals along with molybdenite, arsenopyrite, pyrite and discrete grains of samarskite, fergusonite and monazite in the Kanigiri granite.

The groundwater flow system during its initial stages, it occupies waters of different origins. This can be seen in the Fig. 1 from topography and drainage pattern from Fig. 2.

The study area is represented as AA1, BB1, CC1   from west to east segments in which certain mandals are included. In the AA1 segment Donkonda, Darsi, Tallur, Nagulupplapadu  mandals are present. They contain gabbro norites. These mandals are in the western part of the district with undulation and hill ranges. The BB1 segment contains Konkanamitla, Podili, Cheemakurthi, Ongole mandals completely occupied plutonic rocks. In CC1segment Hanumanthunipadu, Kanigiri, Kondepi and Tangutur  mandals granitic gneisses are present.

Groundwater samples were collected from all the above three segments, formations wise to an extent of 120 samples. The wells were selected after a proper well inventory survey in various parts of above 12 mandals of Prakasam district, Andhra Pradesh. Electrical conductivity and pH were measured in situ using portable field digital meters. The samples were collected in polythene bottles for the analyses of major ions such as Na, K, Ca, Mg, HCO3 and CO3 along with Cl and SO4  in laboratory. Analysis of groundwater sample, were carried out using the standard methods for water analyses as suggested by the American Public Health Association (1989) table 1.

The aim of the present study is to show how the ionic concentrations are varying with geologic formation from western hills to coastal plains on the eastern edge.

This segment consists of mandals as outlined earlier. The minimum and maximum values of Electrical conductance, pH and major ion concentrations were given in Table 2. The concentrations of dissolved major cation and anions in the groundwater vary both spatially and temporally. From Donakonda, Darsi, Thallur to Naguluppalapadu track is a West to East segment, wherein the topography is high on west and low in east. Abundance of these ions are in the following order. Ca>Mg>Na>K on western part and it changes as HCO3>Cl>SO4 on eastern side.

This segment is a geological formation from higher altitudes to lower altitudes in western part to eastern part. The formation in this segment is at Konkanamitla- shale formation and at Podili- hornblend syenite, granite gneiss, gabbro/norite and at Cheemakurthi – migmatised quartzo felspathic gneiss schist. The eastern part of the segment i.e  is  Ongole, nearer to coast constituting, pyroxene granulites and laterites. The concentrations from higher to lower altitudes fallow Na>Mg>Ca>K and continues the same till lower altitudes. The cationic concentrations are HCO3>Cl>SO4 maintaining till Podili and it is changed to Cl>HCO3>SO4 may be due to sea breeze and sea spray.

In this segment Hanumanthunipadu (HMPadu), Kanigiri, Kondepi, and Tangutur mandals are present. These mandal traverses from higher altitudes to lower altitudes with west to east groundwater flow. Shaly formation are observed at HMPadu with facies Ca>Na>Mg>K cations and HCO3>Cl>SO4 anions followed by Kanigiri mandal containing Alkaline granites, granite gneiss , gabbro/norite releasing cations in the facies of Na>Ca>Mg>K and HCO3>Cl>SO4 anionic facies. In Kondepi mandal again the dominance of cationic facies changes as Ca>Na>Mg>K and the anion concentrations are as Cl>HCO3>SO4. However in the Tangutur mandal , which is nearer to coast dominated Na>Ca>Mg>K cationic concentration due to sea spray nearby. And this also reflects an anionic concentration as Cl>HCO3>SO4.

The extent of these generalizations depends greatly on climatic and tectonic setting, which determines to what extent chemical weathering operates. At one extreme is the formation of laterites, in which all silica, even in quartz is removed by dissolution, leaving only aluminium and iron oxides. And in other extreme is the shale, dolomite, granite gneisses controls the chemical nature of the water. However the school of seismic activity also plays an important role in the quality of water in this area.

The normative mineralogies calculated from average chemical compositions of igneous and sedimentary rocks. As shown in figure 4. The diagram illustrates the conversion of most feldspars and mafic minerals to clay, and the generation of sedimentary silica and carbonates from the dissolved solids produced by weathering.

In the continuous processes the evaluation of plagioclase, feldspars as they evolve from being calcium-rich to more sodium rich. This can be seen from tables in all segments are abundant the values of calcium and sodium ion concentrations in ground water. This is because of prevailing rain fall reactive with rocks and leaches, and releases the solutes into water.

In the discontinuous processes, the formation of mafic minerals higher values of fluoride in these water because of biotite minerals.  The processes have been shown in the following Fig. 5 after Bowen.

The processes of weathering on the stratigraphic sequence along with the precipitation leached the minerals which are loosely bonded releases into water. This is a rock water interaction process which in the present study area reflected as high chloride, bicarbonates, and sodium, calcium and intern high fluoride ion concentrations from western side to eastern side. The processes of weathering from dolomites, clays, granite gneisses ended with lateralization on the lower latitude, which is nearer to Bay of Bengal. The chemical nature of water with their concentrations were portrayed sequentially to show how quality of water depends on altitude, geology, precipitation and exposure the phenomenon of rock water interaction in this work. However seismic activity in this area is also responsible for leaching of the ions in the water 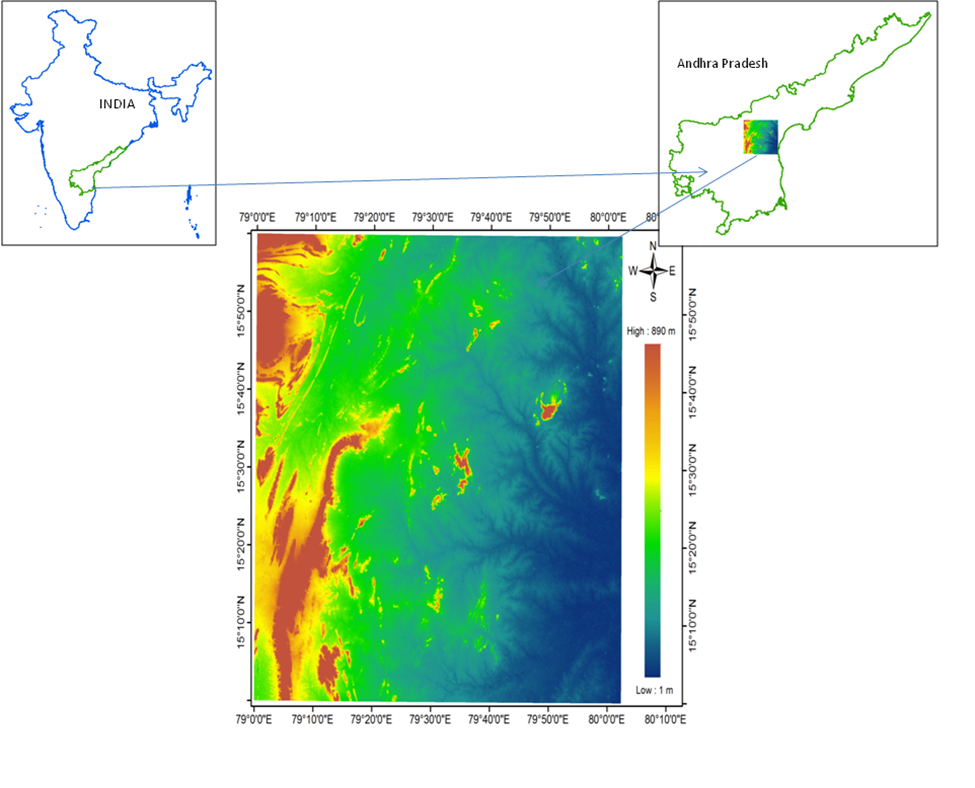 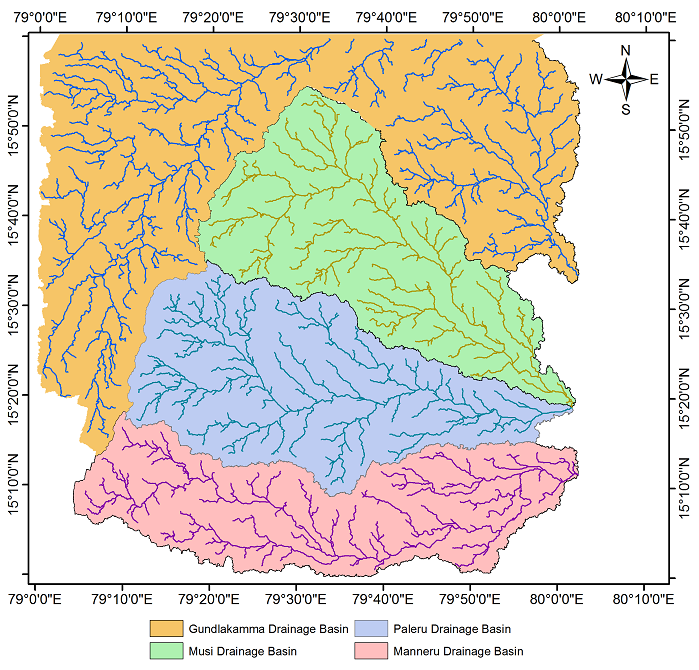 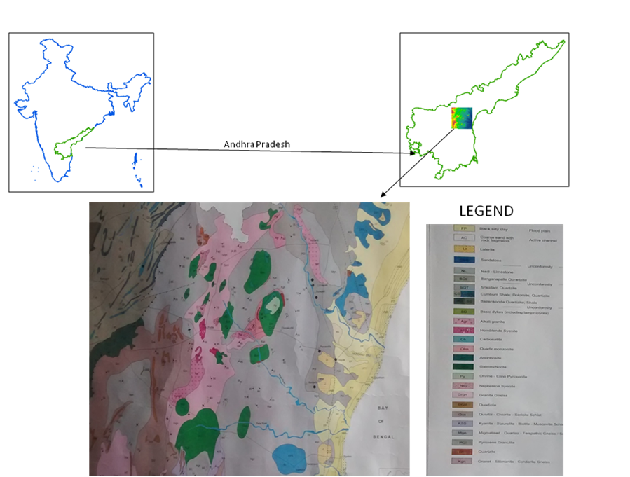 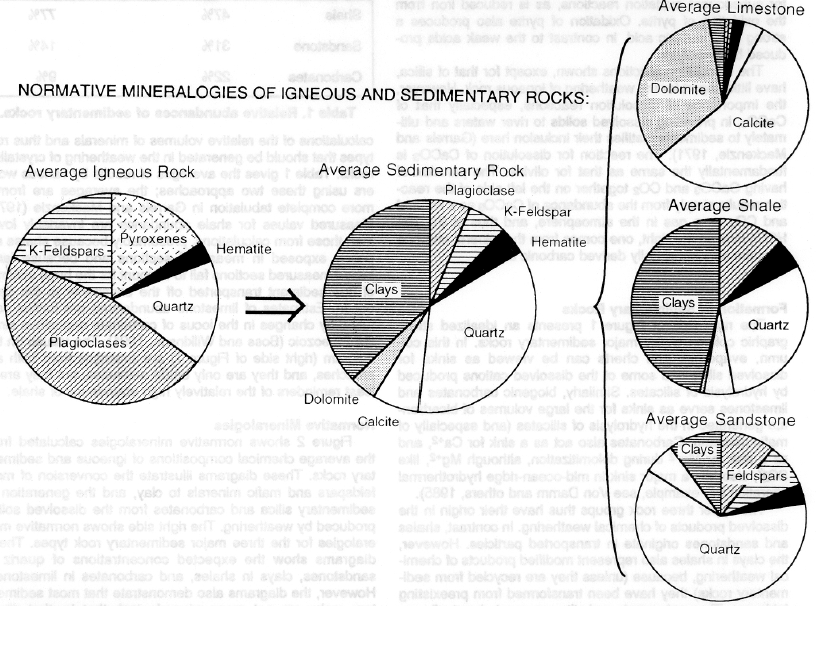 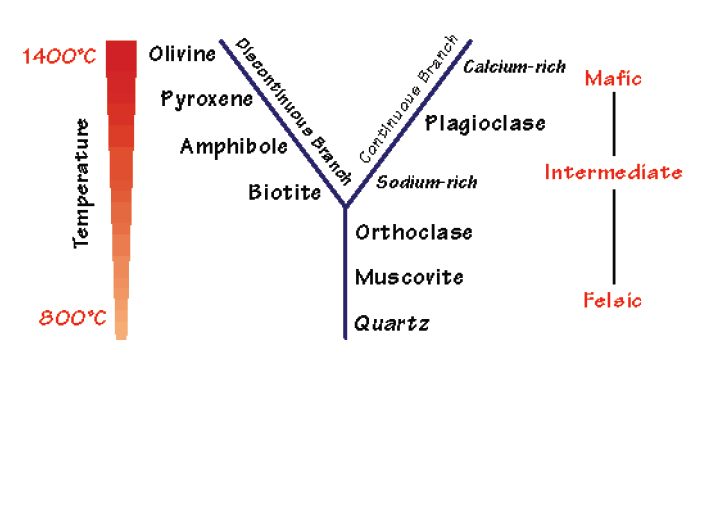