Objective: To explore the mechanism by which NU9056 affects the epithelial mesenchymal transformation (EMT), proliferation, migration, and invasion by regulating ABCE1 protein acetylation through KAT5.

RNA was extracted and reverse transcribed to complementary DNA using the RNA reverse transcription kit. The expression of mRNA was detected by the SYBR Green qPCR Master fluorescence quantification kit; reaction conditions for PCR: 94℃ predenaturation for 4min, 94℃ denaturation for 30s; 55℃ annealing for 30s; and 72℃ extension for 45s (30 cycles). The dissolution curve refers to the instrument automatic procedure. Relative expression was calculated using U6 and GAPDH, and the internal parameters was calculated by 2- ΔΔ Ct.

2.2.4 Protein expression was measured by the Western blot experiments

2.2.5 Cell viability was determined by the MTT assay

Single-cell suspension was followed at 8103 cells per well were seeded in 96-well plates. Cultures were routinely grown until the cell density reached 80% per well for transfection. After 12, 24, 48 and 72 hours, a plate was removed at each time point, and 5 mg/ml of MTT solution of 30 µ1 was added to each well, and the conventional incubation was continued for 4 hours. Centrifugation, abandon the upper clear. Dimethylsulfoxide (DMSO) was added at 150 µ1 to each well and shaken with an 80 r/min horizontal shaker for 5-10 minutes. The absorbance value (OD value) of 570nm per well was measured by a microplate meter.

Cells from each group were collected and paired with a single-cell suspension; 8,103 cells per well were seeded into 96-well plates.100 µ1 per well in three groups. Conventional culture, after the bottom of the sterile pipette head vertical plate scratches. 2 ml of serum-free medium was added to each well for a further 48 h of culture and the width of the scratches was measured under an inverted microscope. Cell mobility = (scratch width / initial scratch width) 100%.

Cells covered at the pore bottom after transfection were taken and digested as a single cell suspension with trypsin of 0.25% without EDTA, and cells were harvested and counted after collection. The Matrigel glue melts into a liquid state early. The 50 mg/L Matrigel 1:8 dilution solution was coated with a polycarbonate microporous filter membrane at 8 µm aperture at the bottom of the Transwell chamber and polymerized into glue at 37℃ overnight. The chamber was UV-sterilized for 2h, and the residual Matrigel gel solution was removed and moistened with serum-free F12 medium for 1h at 37℃. The Transwell chamber was placed sequentially into a 24-well plate, sterile forceps were removed, and 600 µ1 of 15% serum F12 medium was added outdoors. In the small chamber, 200 µ1 of cell suspension (cell number: 2104) was added, the culture medium was F12 medium without serum, and 6 samples were repeated for each group of cells. 24-well plates were routinely cultured in CO2 incubation tanks for 48h. The chamber was removed, rinsed by PBS, and the inner layer of the microporous membrane erased. Crystal violet staining after paraformaldehyde fixation. Photo counting under the microscope.

The results of MTT experiment showed that NU9056 significantly inhibited the proliferation vitality of TE-1 cells in esophageal cancer (P<0.05), and the semi-inhibitory concentration was IC50=1.073 µmol/L. Determine 1.0 µmol/L as the optimal dosing concentration of NU9056. ( Fig. 1) 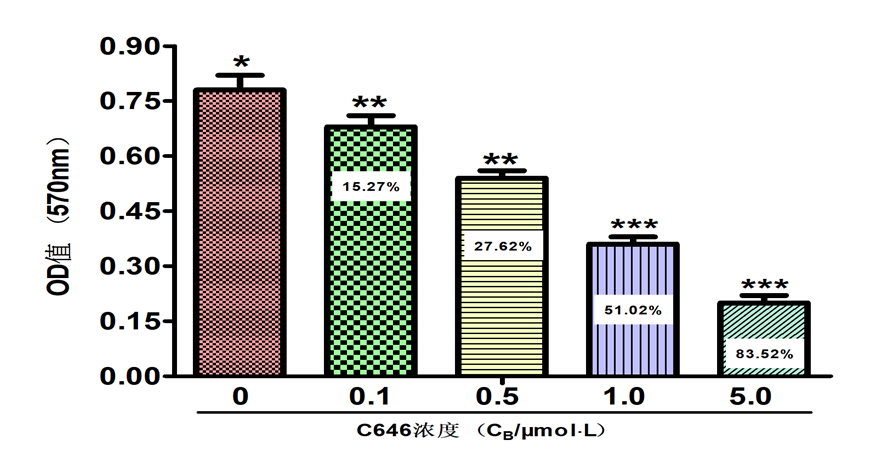 Fig 1. The effect of NU9056 on cell viability of TE-1 in esophageal cancer was determined by M T T assay 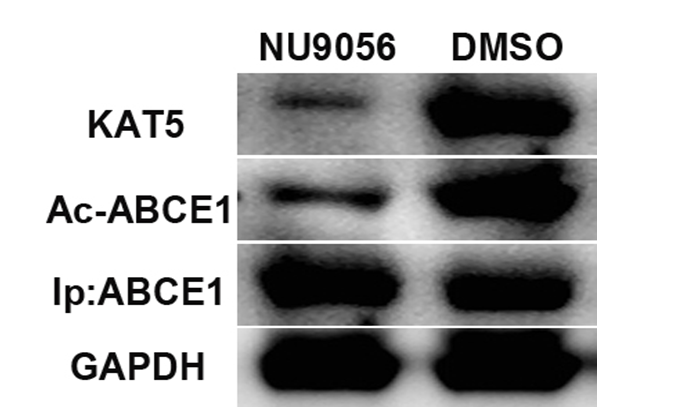 Fig 3. Effect of NU9056 on the acetylation levels of ABCE1 protein in oesophageal cancer cells

The Western blot results showed that NU9056 could significantly upregulate the expression of the epithelial cell marker protein E-cadherin, N-cadherin and the mesenchymal cell marker protein and EMT-related transcription regulator Slug in TE-1 cells compared with the DMSO group, with statistically significant differences between the two groups.( Fig. 4) 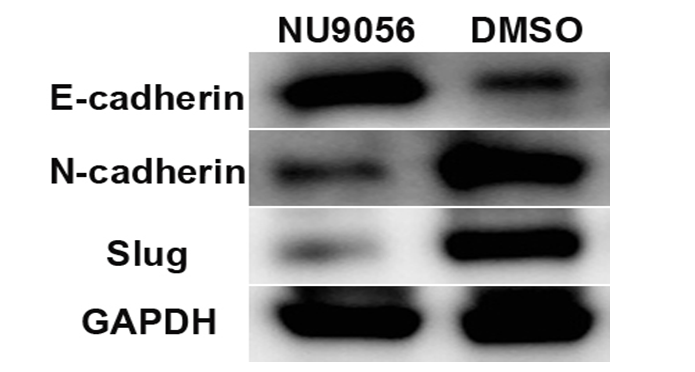 Fig 4. NU9056 effect on the expression of EMT-associated protein in esophageal cancer cells

3.5 NU9056 inhibits the viability of TE-1 cells in oesophageal cancer

The results of the MTT experiments showed that the absorbance values of TE-1 cells were significantly reduced in the NU9056 group, which inhibited the viability of TE-1 cells. Significant difference between the two groups was observed (P<0.05).( Fig. 5) 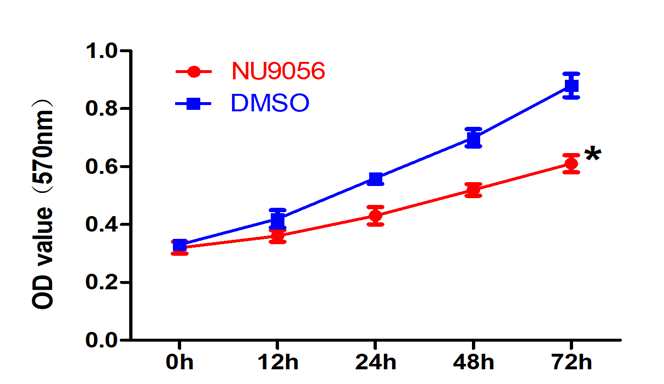 Fig 5. Effect of NU9056 on the viability of TE-1 cells in esophageal cancer

The results of the cell scratch healing assay showed that the scratch healing was slow and the distance was slightly shortened in the NU9056 group, which inhibited the migration ability of TE-1 cells. Significant difference between the two groups was observed (P<0.05).( Fig. 6) 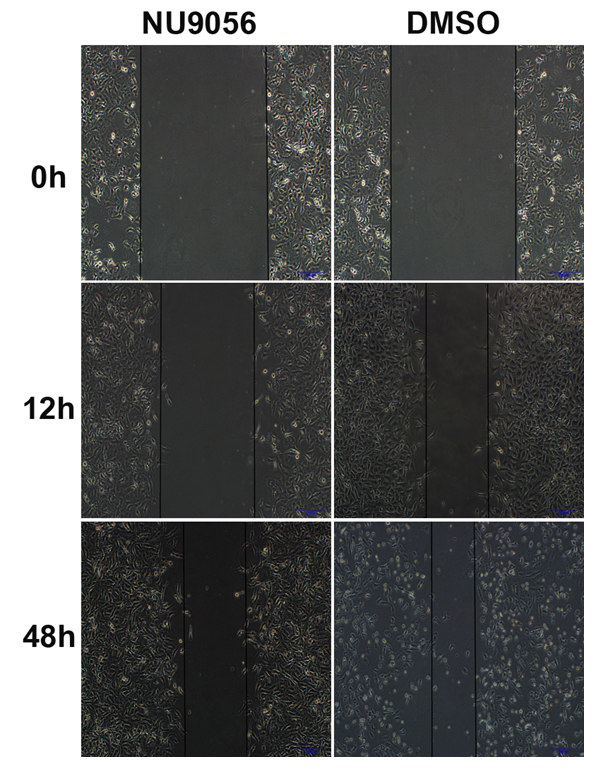 Fig 6. Effect of NU9056 on the migratory capacity of TE-1 cells in esophageal cancer

The results of Transwell chamber experiment showed that the number of membrane cells was significantly reduced in NU9056 group, which inhibited the invasive ability of TE-1 cells. Significant difference between the two groups was observed (P<0.05).( Fig. 7)

Fig 7. Effect of NU9056 on the invasive capacity of TE-1 cells in esophageal carcinoma

The overall prognosis of oesophageal cancer is poor, with a 5-year survival rate of only 20% to 35%, and despite advances in surgical and chemoradiotherapy regimen optimization, the overall benefit is very little for [9]. The high invasive and metastatic nature of tumors is the main cause of the high mortality of patients, and both the oncogene activation and the inactivation of tumor suppressor genes are the key factors leading to the failure of tumors in clinical treatment[10]. Therefore, to effectively inhibit the survival ability of cancer cells and one of the important methods to improve the long-term survival rate is to prevent the invasion and metastasis of esophageal cancer.

Epithelial mesenchymal transformation (EMT) is an important mechanism to promote tumor invasion and metastasis. Tumor cells gradually lose cell polarity and adhesion, and then gain high migration ability of mesenchymal cells, thus accelerating tumor invasion and metastasis. It is an early marker of invasion and metastasis of various malignant tumors [16]. EMT plays a key role in the process of tumor invasion and migration, mainly including E-cadherin, N-cadherin and Slug protein expression, which is also an important marker for predicting tumor invasion and metastasis [17]. The expression and function of EMT marker proteins and related transcriptional regulators such as Slug are regulated by post-translational modifications such as acetylation, phosphorylation and ubiquitination, which subsequently mediate the occurrence and development of tumors [18]. This study confirmed that the expression of E-cadherin was up-regulated in esophageal cancer cells after NU9056 intervention, while the expression of N-cadherin and Slug proteins was down-regulated. In addition, NU9056 inhibited the survival, migration and invasion of esophageal cancer cells by cell functional tests. These results indicate that NU9056 inhibits the activity of acetyltransferase KAT5 and deacetylates ABCE1 protein, which regulates the expression of EMT marker proteins and related transcription factors, and then inhibits the survival, invasion and migration of esophageal cancer TE-1 cells.

The authors declare no conflicts of interest regarding the publication of this paper.